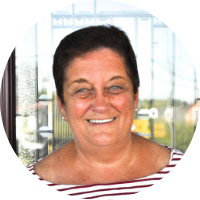 Recently retired, Kim and her family moved to Havelock two years ago. Originally from Mississauga, Kim became a Registered Nurse in 1979. She subsequently obtained her BScN from McMaster University and her Masters in Nursing from D’Youville College in Buffalo, NY. She also holds her CHE designation from the Canadian College of Health Leaders, and is an Associate Clinical Professor at McMaster University in the School of Nursing. She has worked in many organizations and held various roles throughout her career – most recently at Ross Memorial Hospital in Lindsay, where she oversaw the palliative care program. 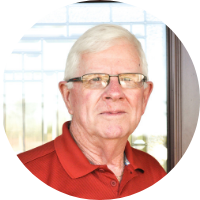 After a lengthy management career with Parks Canada, Dave helped establish The Canals Group to provide consultant services in strategic and operational planning and visitor programming. Dave is a Member of Council for Inland Waterways International, a volunteer organization that promotes the preservation and use of inland waterways. Locally he has been an active volunteer for several community organizations, and now plans to focus his efforts on the Bridge Hospice. Dave and his wife Nan have lived in the Campbellford area since 1982.  Their leisure pursuits include golf, curling and travel. 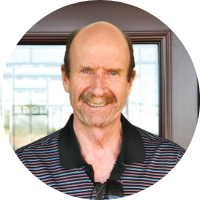 Dave Burnham was born and raised in Toronto. He worked for Carlton Cards for six years before deciding that Toronto was not for him. He travelled extensively in Europe and Africa, then relocated to Campbellford, where he had a 30-year career in sales with Kellogg’s. Dave was an active member of the Campbellford Curling Club in the early 1980s, sitting on the board for seven years (including one year as president), and managed the bar and weddings for five years. He also helped navigate through the expansion phase of the club, along with many other people. Now retired, Dave and his wife, Carol, live just south of Campbellford, and spend their time golfing, curling, beekeeping, paddle boarding, and volunteering. Dave’s Mom spent the last day of her life at The Bridge Hospice in January 2017, and he realizes what an asset it is to the Trent Hills area, and how important it is to ensure that its future is secure for generations to come. 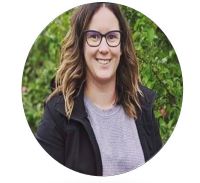 Jordy is a Chartered Professional Accountant and a member of the Chartered Professional Accountants of Ontario. She currently works at the Campbellford Memorial Hospital as the Senior Financial Analyst. Her previous work experience includes Financial Analyst at Trent University, Senior Accountant at Welch LLP, as well as various positions in the family business, Sharpe’s Food Market. She lives outside of Campbellford with her husband Brad and their young daughter. Jordy enjoys spending time at the cottage with family and friends and playing baseball in her spare time. 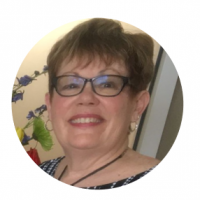 Lorna is a retired Registered Nurse, who graduated from George Brown College, Toronto Western Hospital Campus in 1976. After Nursing at Campbellford Memorial Hospital for 38 years and 2 years at the Canadian Blood Services, Lorna retired in 2013. Throughout the years, Lorna took many nursing courses to enable her to work in various areas: Coronary Care, Recovery Room and Day Surgery, and she worked in the Emergency Room for the latter 23 years.  Lorna and husband Ron live on a busy dairy farm where they raised two children. Blessed with four grandchildren, Lorna is an avid supporter of their Minor Sports and herself enjoys curling and golfing.  Lorna is excited to devote her time and energy in working with TBH Board of Directors and Team, utilizing some old skills/experience and acquiring some new ones to help contribute and support this much needed service in our community. 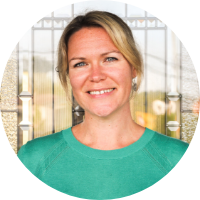 Carrie Cleverdon is a Nurse Practitioner at the Peterborough Regional Health Centre where she cares for medical patients, many of whom are facing life transitions such as to assisted living or palliative care. She is passionate about understanding the needs of her patients and delivering high quality care. Carrie holds a nursing degree from York University and a Master of Public Health with Nurse Practitioner certification from Lakehead University. Prior to her role at PHRC, Carrie was an infectious disease nurse with the Haliburton, Kawartha, Pine Ridge District Health Unit, where she received several awards in recognition of her contributions to infection control processes and her support of fellow staff. Community involvement has always been important to Carrie, whose first Board experience was serving as a junior director of the local Fair Board in Milton. She and her husband and young son now call Campbellford home, and she is keen to use her skills to advance the mission of the hospice. 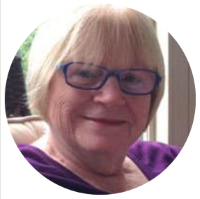 Jill Hutcheon retired from working with the Ontario Government after a 37-year career. She has held many executive positions including President and Chair of the Ontario Workplace Safety and Insurance Board and Deputy Minister of Labour. She has experience in diverse areas including financial, operational, strategic planning, communications and issue management and negotiations. She has headed several federal–provincial task groups. As past Board Chair at TBH, Jill helped the hospice achieve many important milestones. Jill lives at Belmont Lake. 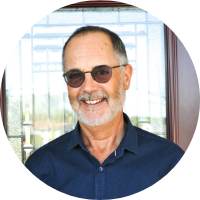 Mike is the founding Medical Director of the Physician Health Program of the Ontario Medical Association. Designed to assist professionals with substance abuse, psychiatric disorders, and other personal health problems, this program has served more than 8,000 doctors and students since its inception in 1995. Mike is a medical graduate of the University of Toronto and a Fellow of the Canadian College of Family Physicians. He practised family medicine in Campbellford, Ontario for 14 years before dedicating himself to physician well-being. He is certified in addiction medicine by the American Society of Addiction Medicine and the Canadian Society of Addiction Medicine, and is a diplomate of the American Board of Addiction Medicine. Mike presents frequently on physician health as an invited speaker, educator, and consultant; his leadership in this area has been recognized through appointments to a number of professional advisory committees. In May 2017, Mike retired as Medical Director of the Physician Health Program and is now a consultant in physician health, professionalism and addiction medicine. An avid musician and golfer, he and his wife, Judy, live in the Warkworth area where he is able to take advantage of the many opportunities offered by local community life and outdoor activities. 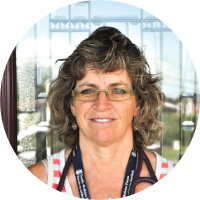 Before becoming a physician, Kelly earned degrees in physiotherapy and physical education, and was a physiotherapist in Peterborough for 17 years. She then completed a Medical Doctorate degree, Family Medicine Specialty, and palliative care fellowship. Since 2014, Kelly has practised family medicine locally, and serves a very wide area from Peterborough to Belleville as community palliative care physician. She has cared for many of the residents at The Bridge Hospice, and is a past Board Director. Kelly currently serves on the Board of Directors at Campbellford Memorial Hospital as President of Medical Staff, and recently served as Interim Chief of Staff. In her spare time, Kelly skates on an adult synchronized skating team in Peterborough and enjoys boating on Lake Ontario with her husband. 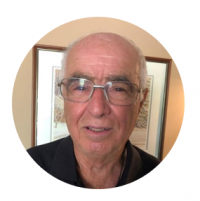 After 40 years, Lou recently retired from the Brighton Speedway, his family business. Lou also has a long history of public service. He was the elected representative for Northumberland and Northumberland Quinte-West ridings, serving a total of 12 years (2003–2011 & 2014–2018) as a Member of the Legislative Assembly at Queen’s Park. Prior to that, Lou was also active for 12 years in municipal government, serving on council, as Reeve, and as eventually Mayor of Brighton (2000). He and his wife Diane raised their large family in Brighton where still reside. 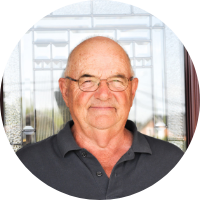 Fred has an extensive background in agriculture, including 18 years with Agriculture Canada, 20 years with the Crop Insurance Commission of Ontario (now Agricorp), and most recently with AgCall as a project manager for corporate clients. Fred lives on a Campbellford-area Century farm that has been continuously farmed by his family since 1854. He grows crops and operates a custom seed cleaning business. Always embracing new challenges, he and his son Adam recently established a hop yard on the farm. Fred understands the demands of providing end-of-life care at home, and views The Bridge Hospice as a wonderful and much-needed service for the community.